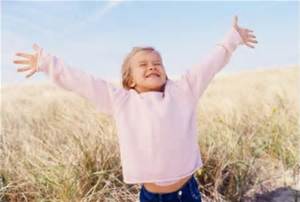 My youngest son was invited to a "sleepover party" one week. One of his closest friends was turning 10 and wanted my little guy to celebrate with him. You might not think a sleepover is such a big deal at your age, but for a nine-year-old who has often been left behind while two older brothers go on sleepovers, this was like being given the world! Oh, the fun they would have! They would stay up until TEN O'CLOCK, he boasted to me! They would eat popcorn! Watch movies! Candy for dinner! And on and on he went.

The invitation arrived a week or so ahead of time. It was beautiful: a full-color, printed invitation complete with pictures, time and date. It promptly earned a coveted place on our fridge, where my son could visually savor its promised delights until the momentous day should arrive. We discussed it daily: what to bring, what to wear, how exciting that HE had been invited, along with one or two of his best friends! This was just THE BEST!

As you already know, the hard part of receiving a promise is waiting for its fulfillment. Ecclesiastes 3:1 says "To everything there is a season, a time for every purpose under heaven." Not knowing when your promise will happen is difficult, of course, but even knowing the appointed time can be a challenge - especially for children! But what actually happened surprised me.

The day of the party arrived, and my little guy had patiently made it through the week, occupied with school, chores, and other things important to nine-year-olds. His suitcase was packed, a gift was purchased and wrapped, and his sleeping bag rolled and ready. There were just a few more hours left to wait, and my son's energy was contagious. As he went bouncing (yes, bouncing!) up the stairs looking for something to do, I caught his expression momentarily.

He had a smile as wide as Texas on his face. His arms were wide open, swinging his body up the stairs as he bounced. His eyes were directed heavenward, as if in thoughtful anticipation of the night's incredible delights. Excitement and energy oozed from every pore of his being. And suddenly, it was as if the Lord stopped all of the motion and "froze" the image of my son into my spirit. "This," He said, "is what it looks like to wait in hope for My promises."

I wait for the Lord,
my whole being waits,
and in His Word
I put my hope.

Honestly, I had never thought about waiting very much - or at least about how to wait. I knew the Bible mentioned that we should be patient in waiting, of course. Ugh! Mostly, it seemed to me that lengthy delays of God's promises made the heart sick, not joyful!

Like many people, I am impatient at heart and don't like waiting, especially when I know there's something really good coming! So I spent some time in the Word, and in the process, He transformed my thinking about waiting in hope.

My son instinctively knew something that I had forgotten: that the fulfillment of a promise depends on the character of the one who made it, and on your relationship with that same person. Nothing short of death would have cancelled my son's attendance at the party, because he was intimate - best friends - with the giver of the party. It was a done deal, even if the sacred day and hour had not yet arrived. He knew that hope does not disappoint, because of love (See Romans 5:5).

We have promises given to us from the Lord Jesus Christ. 1 Timothy 1:1 says the Lord IS our hope! This hope is firm and secure, an anchor for our souls (Hebrews 6:19). What does that mean? We can hold confidently to the hope we have, because the character of the One who promised us is faithful (Hebrews 10:23). If we remain in fellowship with our Savior and Friend, there is NOTHING that can separate us from His love and His promises! Just like my son, our reaction to all of his promises should be: "YES! AMEN! I'm there! I believe I'm gonna receive!"

Take springtime for example. God honors His appointed times and seasons for things, as creation testifies. No matter how long the winter seems or how deeply we ache for the flowers of springtime, the revelation of His promises will come to pass (see Habbakuk 2:3). Waiting makes hope's promises sweeter when they manifest. (Read more on spiritual seasons here.) 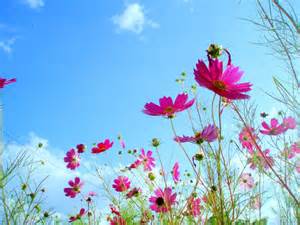 After the party (which was unutterably awesome, according to my little one), this same child handed me the first sweet-smelling flower from our garden. I didn't see it at the time, but I now believe the Lord was renewing my hope as well. Springtime had arrived, in all its glory, and even "Snowmaggedon," New England's hardest winter of all time, hadn't stopped it. We waited longer, but our reward only became sweeter.

Biblical waiting does not look like drudgery and doubt. Fear and uncertainty arise only when the character of the giver comes into question. Believers have the amazing privilege of relying upon Someone whose character is flawless, and whose intentions are sure. Rather, patience looks like a little boy, dancing heavenward, celebrating in his heart the goodness of his very best friend, who can't wait to see his promise fulfilled and his friend at his side.